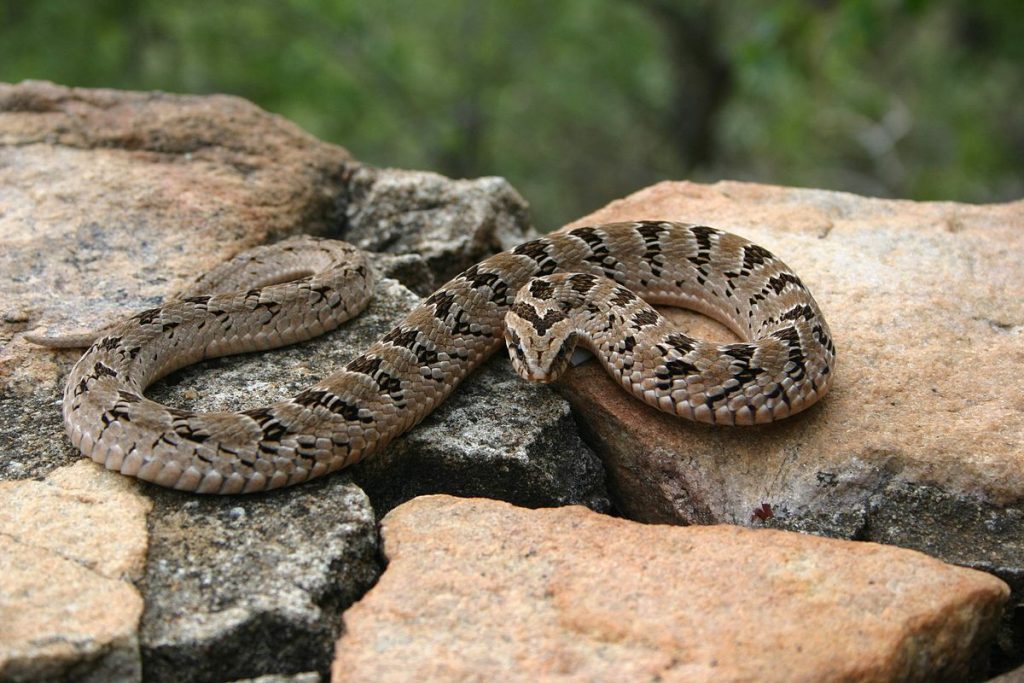 As we all know, the Durban summer months bring high humidity and heavy rainfall.  Coupled with the beautiful, natural environment around Kindlewood Estate, this proves to be a happy place for snakes which come out of hibernation over the warmer months. Luckily for the residents of Kindlewood Estate, resident Brendon Ferrar has a healthy respect for snakes and is the man to call to investigate snake sightings on the estate.

“We were one of the earliest residents on the estate, moving in just as Norfolk Valley was being completed. We spent a number of years living in Norfolk Valley before we built our current house on a free standing plot.”

Many locals will also know Brendon from Talisman Hire in Meridian Drive, Umhlanga, but before settling in the city, he spent many years living and working in some of the remotest parts of Southern Africa.

“I originally studied nature conservation and ended up working as a game ranger at a number of KZN wildlife reserves such as Umfolozi, Hluhluwe, Isimangaliso World Heritage Site and the Drakensberg.  I also worked in some of our national parks like Kruger and Golden Gate.  Later on I worked as a safari guide doing overland trips throughout South Africa, Namibia, Zimbabwe and Botswana and then ended up managing Savuti Safari Lodge and Camp Okavango in Chobe National Park in northern Botswana.”  Over these years, he has come into contact with many snakes, and this is where he learned to understand them better.

Brendon’s love of the outdoors often takes him out onto the trails around the country and he has come across the odd snake every now and then, but has very rarely had any close encounters.  “Generally snakes are very shy and tend to move away quickly when they feel threaten or exposed. There was however one time in the Okavango Delta when I was riding my bicycle along an elephant foot path on my way to the airstrip.  A massive cobra slithered across my path but luckily I saw it just in time and managed to jump off the back of my bike.  My bike basically rolled over the moving snake.  Both the snake and myself got the fright of our lives and bolted in opposite directions.”

“When we first moved into Kindlewood Estate, there were many reports of snakes around and I was called out far more often than I am now to go and catch them. This is because there was a lot more vacant land around and as the land was being disturbed by excavators and new building projects, the snake habitats were also being disturbed.  Of course the only thing the snakes could do was flee their current home and go in search of a new place to live which meant they would often end up in houses and gardens.  More recently there have been far fewer callouts for snakes than there used to be.  The seasons also make a difference. Because snakes are reptiles and cannot regulate their own body temperatures in the same way that mammals can, external heat sources determine their activity levels.  Therefore, during the warmer seasons snakes are far more active and the chances of see them is far higher.  I hardly get any snake call outs during the cooler winter months.”

By far, the majority of snake call outs have been for smaller, non-threatening species.  The most common snakes Brendon has had to deal with are the spotted bush snakes, brown house snakes, herald snakes and rhombic night adders, all of which have been caught and relocated.  “Only once, many years ago did I have to catch and remove a large puff adder that had crept into a wall cavity. There was also one occasion recently of a very large black mamba that was caught by a professional snake catcher near the jungle gyms.  I was away at the time and I’m glad he was called out instead of me.”

So what is the best thing to do if a snake is found in your home?  “The first thing to do is not to panic” says Brendon.  Snakes are generally as scared of you as you are of them and they will avoid confrontation at all costs.  Try not to frighten the snake because it will attempt to hide in the most hidden away space, and it then becomes very difficult to locate and remove without harm being done to the snake.  Also try and keep an eye on the snake so it doesn’t get lost in your house and then call the control room.  If Brendon is around, security will call him first and he will come around and try and catch it.  If he is unavailable, security will call a professional snake catcher who will, for a call out fee, come and remove the snake.

It is uncommon for pets to be bitten by a snakes in urban areas but if it does happen it is usually because the pet is interrogating or trying to hunt the snake.  However, if an incident does occur, the best thing to do is to try and calm the pet down and take it to the vet as quickly as possible.  It would also be useful for the vet to know what kind of snake was involved as different snakes have different types of venom and therefore needs different treatment. The more information you can gather the better.  A photo of the snake would be first prize as snakes are very difficult to identify by verbal descriptions alone.

Most snake bites occur on farms where people need to work in fields or when people handle or play with snakes.  “I have never been bitten myself and when I catch snakes I usually avoid physically handling them if I can.  I find the best method to contain a snake is to sweep it into a box with a soft broom.  However, in the unlikely event of being bitten by a snake, follow the same procedure as the one for pets.  Stay calm, seek medical attention as quickly as possible and try to gather as much info about the snake as possible.  Snakes tend to hide away in secluded spots such as pool pumps, wood piles, pot plants and other hidden crevices so be cautious when putting your hands in places where you can’t see them, prevention is always better than cure” advises Brendon.

For more information on the most common types of snakes found in Durban, visit www.tyroneping.co.za/common-snakes-durban or follow KZN Herp Conservation on Facebook.

Although our perception of snakes is one of danger and fear, we need to remember that this is largely an irrational response to them.  In the beautiful fauna and flora of the estate, there are far more snakes around than we realize and we live harmoniously alongside them without us even knowing that they are there.  The general rule is that if you don’t bother a snake it won’t bother you.  Also remember that snakes play a vital ecological role in nature and we need to appreciate the way they contribute to controlling rodent, gecko, frog and toad populations in the estate.